foo is the name of the screen session, you can recover it later if you disconnect from server 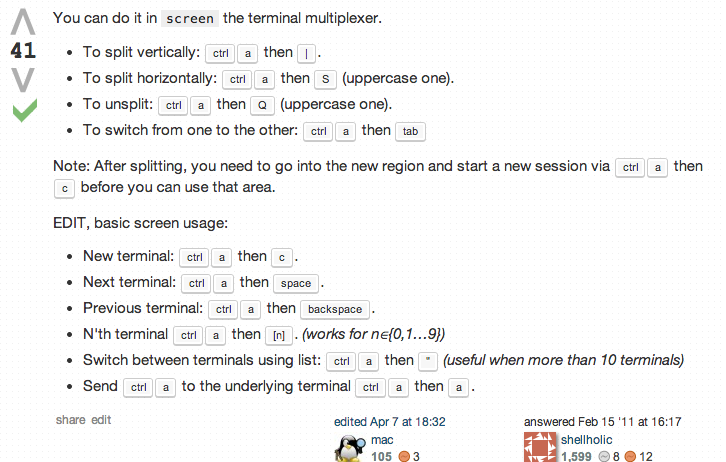 Keep Your SSH Session Running when You Disconnect
Screen is like a window manager for your console. It will allow you to keep multiple terminal sessions running and easily switch between them. It also protects you from disconnection, because the screen session doesn’t end when you get disconnected.

You’ll need to make sure that screen is installed on the server you are connecting to. If that server is Ubuntu or Debian, just use this command:

Now you can start a new screen session by just typing screen at the command line. You’ll be shown some information about screen. Hit enter, and you’ll be at a normal prompt.

To disconnect (but leave the session running)

Hit Ctrl + A and then Ctrl + D in immediate succession. You will see the message [detached]

To reconnect to an already running session

To reconnect to an existing session, or create a new one if none exists

To create a new window inside of a running screen session

Hit Ctrl + A and then C in immediate succession. You will see a new prompt.

To switch from one screen window to another

Hit Ctrl + A and then Ctrl + A in immediate succession.

Hit Ctrl + A and then W in immediate succession

There’s lots of other commands, but those are the ones I use the most.